Unrebuilt "Battle of Britain" Class Light Pacific 4-6-2 34067 'TANGMERE' hauls the "Atlantic Coast Express" in to Exeter Central Station. This was the first day of a four day tour to commemorate 50 years since the last running of this train on British Rail in 1964. Friday 5th September 2014. (4 Photos).
A larger image, with a caption, can be viewed by left clicking on a photograph below. Then the collection can be navigated through. 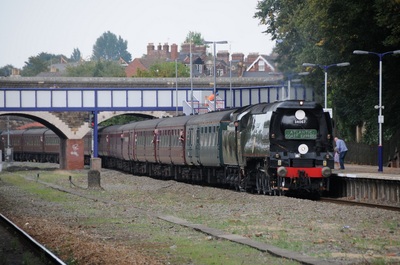 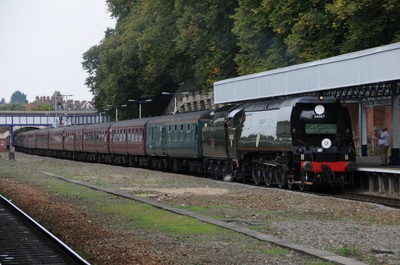 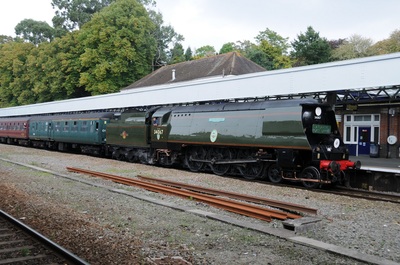 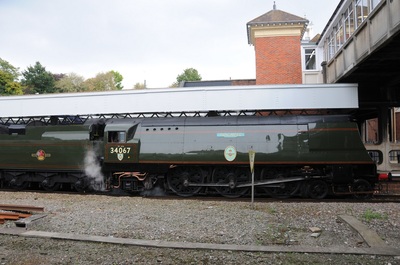