Newly introduced Colas operated Class 70 Co-Co 70809 had earlier in the day worked a short Engineers train from Westbury to Newton Abbot Hackney Yard. Then it moved to Bay 9 at the Station to collect Class 56 Co-Co 56078 which had developed problems and been left stabled there the week before. The two departed later to Westbury, working as 0Z29. Tuesday 3rd June 2014. (6 Photos).
A larger image, with a caption, can be viewed by left clicking on photograph below. Then the collection can be navigated through. 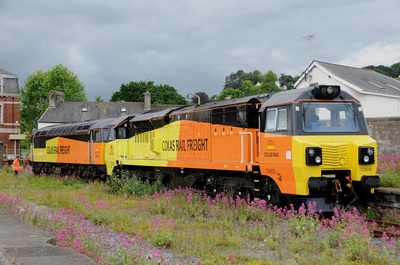 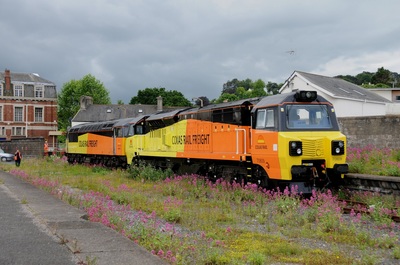 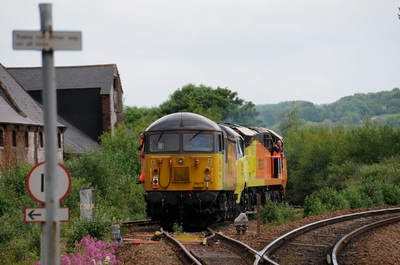 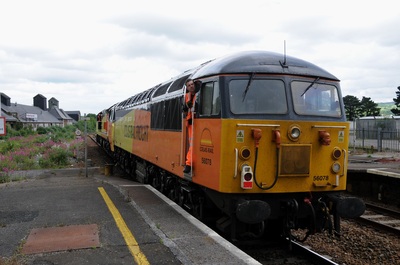 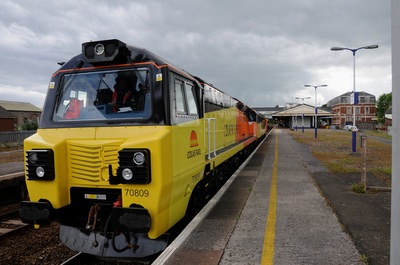 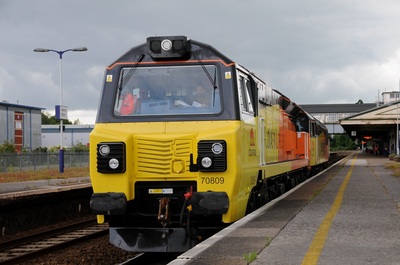