Brush Traction Caledonian liveried Class 92 Co-Co 92014 on the buffers on Platform 1 at London Euston Station on Wednesday 3rd May 2017. 92014 had recently hauled the empty Caledonian Sleeper stock in from Wembley Inter City Depot. This train later formed 1S25 21:16 London Euston to Fort William and was hauled by Class 90 Bo-Bo 90016 as far as Edinburgh Waverly and then the section onwards to Fort William by Class 73/9 Electro-Diesel Bo-Bo 73966. (3 Photos).
A larger image, with a caption, can be viewed by left clicking on a photograph below. Then the collection can be navigated through. 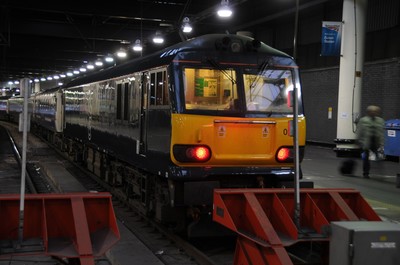 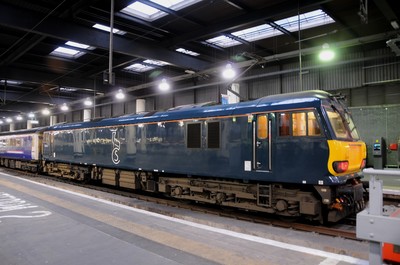 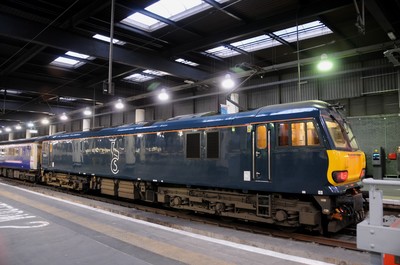