Colas operated Class 37/0 Co-Co 37254 in the British Rail InterCity livery, plus its train, were stabled during the daytime in Riverside Yard, Exeter while down here in the South West on Test train duties for Network Rail. These photographs I took through an open door window from a GWR High Speed Train as it gained speed after its stop at Exeter St Davids Station. Wednesday 2nd November 2016. (4 Photos).
A larger image, with a caption, can be viewed by left clicking on a photograph below. Then the collection can be navigated through. 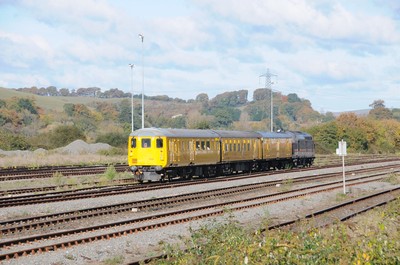 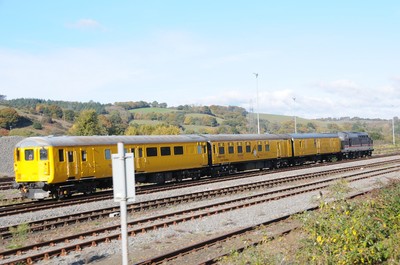 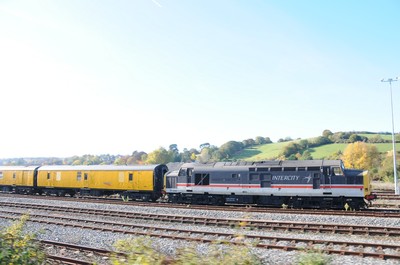 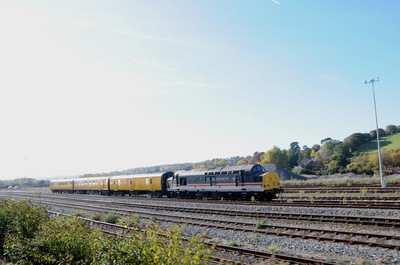