Direct Rail Services operated Class 68s Bo-Bo 68020 'Reliance' and 68004 'Rapid' worked in top and tail formation on Network Rail Test Train 1Q18 on Friday 1st July 2016. As they were running about six minutes early the were halted here on a red light to allow a GWR HST set bound for London Paddington to clear the single track infrastructure of Brunel's Royal Albert Bridge before they could go on to Penzance. (4 Photos).
A larger image, with a caption, can be viewed by left clicking on a photograph below. Then the collection can be navigated through. 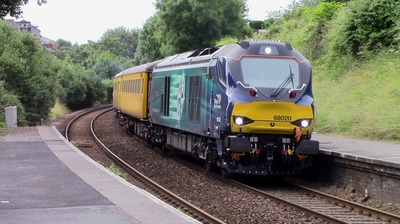 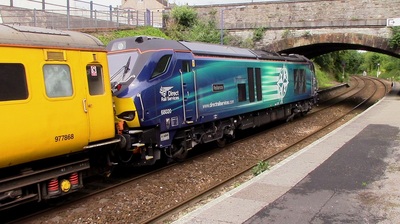 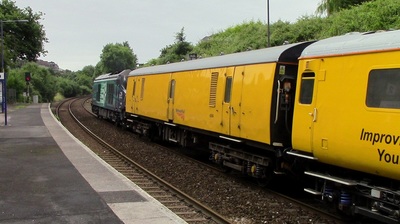 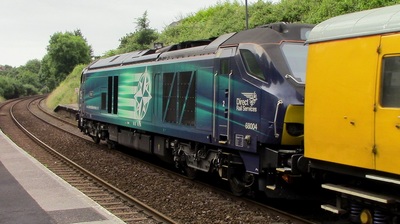